Since 1987, every March, the United States celebrates Women’s History Month. Schoolchildren around the country learn the stories of the pioneering women who fought for suffrage, led civil rights movements, and overcame incredible odds to accomplish the improbable and even the impossible.
Today, we celebrate the legacy of a few of those trailblazing women, whose excellence in computer science built the foundations for the PC revolution, educated the next generation of technologists, and put a man on the moon.

Did you know that the first woman to earn a Ph.D. in Computer Science was an American nun? Sister Mary Kenneth Keller was born in Cleveland, Ohio in 1914. Mary professed her vows in 1940 and, for about 20 years, worked in Dubuque, Iowa as a member of the religious order.

In the 1950s, Sister Mary had a career change. She returned to school, first studying at DePaul University, where she received a bachelor of science degree in Mathematics, then a master’s degree in Mathematics and Physics. She began working for the National Science Foundation in 1958, where she found herself behind a computer for the first time. While attending a workshop at Dartmouth College – at the time, a male-only institution – Sister Mary was part of the development team behind the BASIC programming language (a special exception was made for her to enter the computer lab). Thanks in part to Sister Mary’s work on BASIC, the language went on the revolutionize the computing world: it was the language of choice for early engineers, researchers, and hobbyists looking to write software on first generation personal computers.

In the 1960s, computer science was just emerging as an academic discipline. It was around that time that Margaret Hamilton – who had previously earned a bachelor of arts degree in Mathematics at Earlham College – took up an interim position at MIT, developing software that could predict the weather. With Cold War tensions intensifying, Hamilton adapted her meteorological code to create an anti-aircraft defense system, which could track the movement of Soviet planes and alert the U.S. military if the Soviets ventured too close.
It was her early success on this project that led Hamilton to MIT’s Charles Stark Draper Laboratory, where a team was working on a massive coding project for NASA: in-flight navigation software for the Apollo 11 Mission. Hamilton eventually led the team in developing the lunar landing, error detection, and recovery applications, which she designed by hand, despite having no formal training in programming.
As the lead flight software designer, Hamilton is credited with averting a largely-unknown disaster on board the Apollo 11. The craft was about three minutes away from the surface of the moon, when the Apollo computer triggered error messages and sounded alarms. The alarms indicated an “executive overflow”: the computer was receiving too many tasks at once, and it didn’t have time to execute them all before landing. This was grounds for the mission to be aborted. Fortunately, Hamilton had written recovery code into the navigation software, allowing the Apollo computer to prioritize critical landing functions and postpone the nonessential ones. Dr. Paul Curto, a senior NASA technologist, called Hamilton’s work on the recovery code, “The foundation for ultra-reliable software design.”
Though the field of software engineering didn’t yet exist, Hamilton and her team knew that good programming – not flashy hardware – would determine who won the Space Race. Last year, she was awarded the Presidential Medal of Freedom by President Barack Obama, the highest civilian honor in the United States. 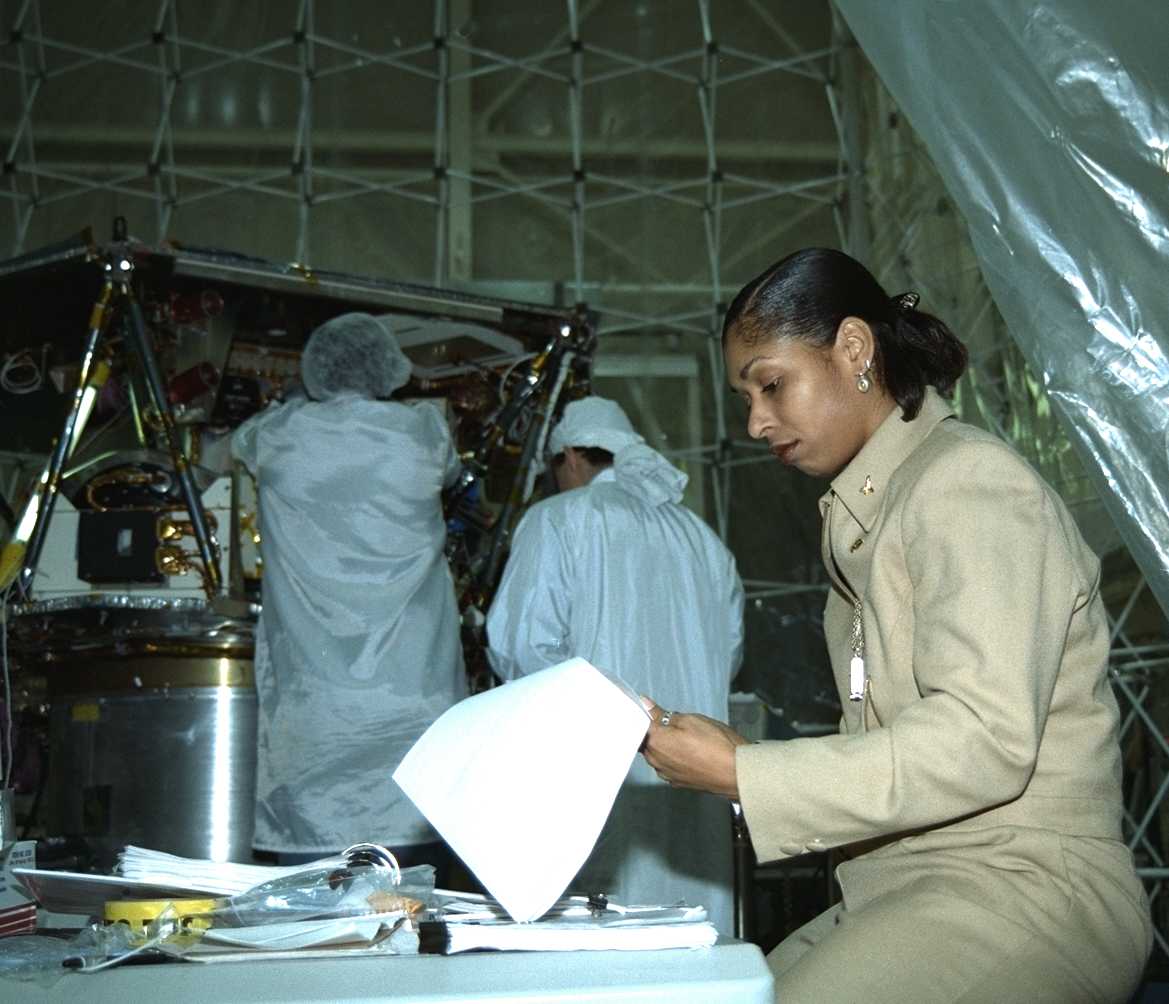 From an early age, Dr. Ericsson was interested in engineering and technology. After completing junior high school, she was awarded a scholarship to the prestigious Cambridge School in Weston, Massachusetts. After graduating from high school she attended MIT, where she earned a bachelor of science in Aeronautical and Astronautical Engineering. Ericsson continued her studies at Howard University, where she received her master’s degree and Ph.D. both in Mechanical Engineering. She completed a dissertation on tracking large, orbiting space structures. That research was later applied to mapping the orbit of the International Space Station.

Dr. Ericsson’s engineering career led her to NASA’s Goddard Space Flight Center (GSPC), where she began work on projects related to Guidance Navigation and Control, building simulations to predict spacecraft behavior in orbit. She was awarded one of the top engineering honors at NASA, the Women in Science and Engineering Award, which recognizes pioneering female scientists in the federal government. Today, still at NASA, she manages a proposed mission to bring Martian dust samples back to Earth, as well as mentoring young women who are interested in pursuing careers in STEM.

CyberVista is proud to be a positive force in diversifying the cyber workforce. Earlier this year, we announced the launch of a program designed to help provide women and minorities with more opportunities to obtain a certification necessary to advance in the cybersecurity field. Through the program, we will provide up to $250,000 in free Certified Information Systems Security Professional (CISSP®) certification test preparation courses to women and minorities across more than 30 private companies as well as in partnership with two of the leading diversity advocacy groups in the field—Women in Technology and the International Consortium of Minorities Cybersecurity Professionals (ICMCP). We hope that this program will provide opportunities for minorities and women to further shape the technology field and inspire both others just as  those women we profiled today did in their time.
Are you ready to tackle the CISSP?  Check out our training and take the next step in your career.